Crazy Rich Asians is an American romantic comedy film directed by Jon M. Chu, written by Peter Chiarelli and Adele Lim, based on the novel of the same name by Kevin Kwan published in 2013. The film was released on August 15, 2018 (United States), distributed by Warner Bros. Pictures, grossed $238.5 million worldwide and nominated for 2 Golden Globes: "Best Performance by an Actress in a Motion Picture - Musical or Comedy" (Constance Wu) and "Best Motion Picture - Musical or Comedy". The film follows the story of Rachel Chu who goes to Singapore from New York to meet her boyfriend's family. Crazy Rich Asians was filmed in Singapore and Malaysia. 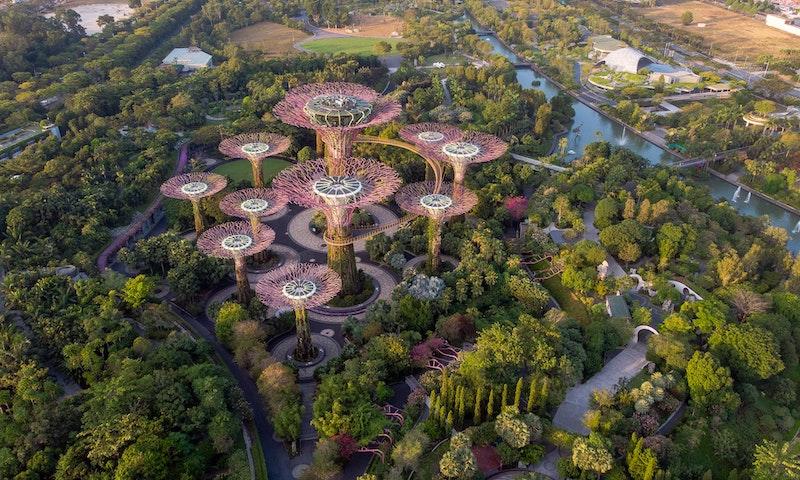 Gardens by the Bay. Photo by Sergio Sala on Unsplash.

Where was Crazy Rich Asians Filmed?