Grace and Frankie is an American comedy series created by Marta Kauffman and Howard J. Morris. Starring Jane Fonda, Lily Tomlin, Sam Waterston, Martin Sheen, Brooklyn Decker, Ethan Embry, June Diane Raphael, and Baron Vaughn, the show was released on May 8, 2015, aired on Netflix, nominated for the 2016 Golden Globes in “Best Performance by an Actress in a Television Series - Comedy or Musical”. The series follows Grace and Frankie finding out that their husbands are in love with each other. Grace and Frankie was mainly shot in Los Angeles, California. The beach house was located at 31212 Broad Beach Rd, Malibu. 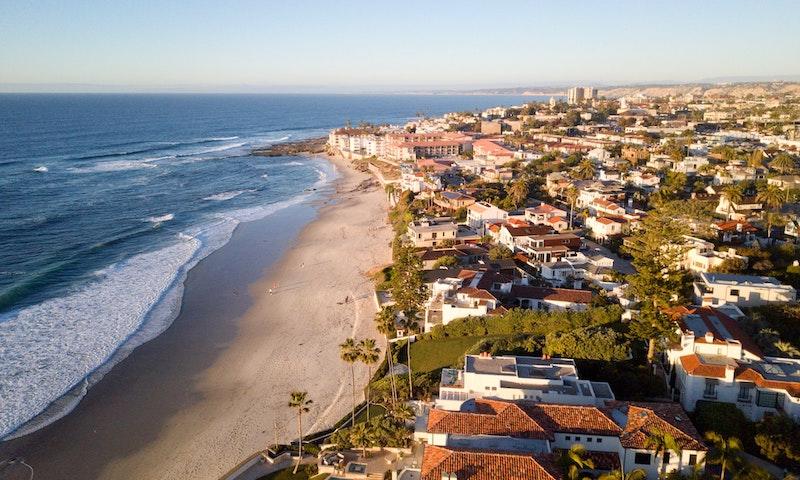 Where was Grace and Frankie Filmed?

The best series we have ever watched. Please don’t end it. We have been in withdrawal since it ended and now waiting for season 7. Thanks to all the cast for bringing joy to us. Be well.

What hotel lobby was used for Sol and Robert’s “Return to New York Kiss” in the final episode of Grace and Frankie?

I can’t stand the plastic surgery that the women have had done. Jane Fonda looks like a plastic doll with her puffed up face and Lily’s cheeks are down to her chin. This show was not believable at all. They need to look their ages. Plus overacting was a big problem for all of them.

What is the name of the Mexican restaurant featured in season 7 of Grace and Frankie, bandida banditas?

The Mexican restaurant used as the location is a restaurant named Las Flautas on E. Cesar Chavez Blvd. in East Los Angeles. Nice restaurant with a bar and very nice owners and staff.

This is a great show. I hate that they're ending it already and it doesn't seem like it was 7 years at all because of the weird fact that studio's that make billions are now only making 8-13 episodes on all shows now. I don't know who came up with that, but the worst idea ever. These shows seem so much shorter, because well, they are and to end each season after only 13 episodes is a ridiculous.. This means they probably work maybe 4 months out of the year. That explains why Jane and Lily were able to make many movies while they were filming this show as well. I don't keep up with Netflix that much in order to know any show at all is or was the longest running series on there or not. I don't understand why 7 seasons is considered such a feat when they have had shows last 10-20 years.. This was great in the very beginning when they were getting into business because they could have just traveled and did nothing but live off their husbands & Grace's royalties from the products she sold of her beauty line before she handed the business over to Briana. I understand people saying well they're advanced in age, so whatever it is the usual excuses Hollywood makes for this baloney. They had already finished filming this entire series in 2021 and for them to show only 4, NO ONE came up with any issue, any of this highly CURABLE virus/parasite, 99.9% curable at any age, so this isn't going to wash with me. This was another way to get more money in for the show when again, I read moths ago that they had already wrapped up filming the entire 7th season in July of '21. What's the wait. Since they only showed us 4 episodes of season 7, not thrilled about because hated the way Grace just up and got married to that dude that she had only known for a short time. Seems he's only worried about what her ex husband Ted Turner was always worried about, making more money and eugenics.. Too weird and too strange that she was married to a guy for over 20 years, Tom Hayden, who didn't want all the frills of life that her money could definitely afford them and she didn't live the so called Jet set lifestyle. She then marries everything she raged against in the 1970's when she was a great and strong activist against a useless war for the oligarchs to make money as they sent innocent, really young guys, 18 and over there, that came back in body bags or were suffering from PTSD horridly or as drug addicts because what they saw and were ordered to do was grotesque and I'm glad Jane went over there to bring attention to the matter, but how odd that she had such a political life, still does, although she's not right about the fact that we only have 10 years to clean the pollution. The Green New Deal has absolutely nothing to do with environmental issues.. I don't agree with her about this assessment and she can go to DC and get arrested every week forever if she wants because she's worth well over $200 million and she can bail herself out with the best of attorney's...Something is wrong with this entire picture.. You people at Netflix, if you want to want to keep customers, remember to put the show on its entirety and not once a week since we got royally screwed on that one. The last season is something so far that I'm not too happy with because it seems to have gotten off on that baloney of Grace going to see a guy she aught to dump because he's a criminal and because he just doesn't seem right to her. My favorite guy she was with that seemed her type was Sam Elliot. The rest were too short or just wrong and didn't seem right for her.. She's taller than most of the men she's shown dating throughout the seasons..

Where is the yam farm/ranch location? Thx.

Where is Say Grace office located?

The front of the jail that Nick is in, is actually the Shasta county jail in Redding, Ca. Not sure about indoor shots? Fun show.

I knew it!!! I've lived in Shasta County my entire life and I recognized it immediately lol.

Thanks a lot!
Corrected ;)

I thought some beach scenes looked familiar! This made sense; I grew up in La Jolla.

This is all on Broad Beach in MA. I thought this was La Jolla as well because I used to live right in that area and it looks a great deal like it..I love that house..I hate the way the houses are too close together in Malibu unless you're on Point Dume or some other area's..otherwise much too close to the other properties when they give you zero privacy... Not that amazing..I think La Jolla is much prettier than Malibu anyway..