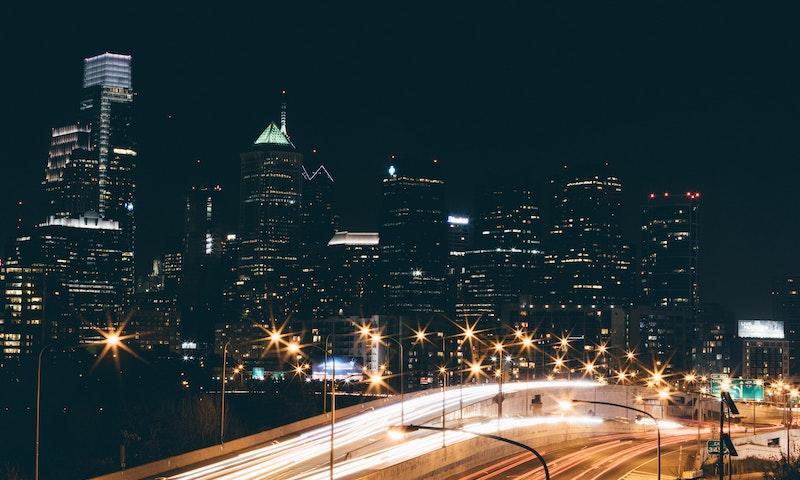 Where was 21 Bridges Filmed?

What is the neighbourhood's name at the last scene when JK Simmons goes to his house?