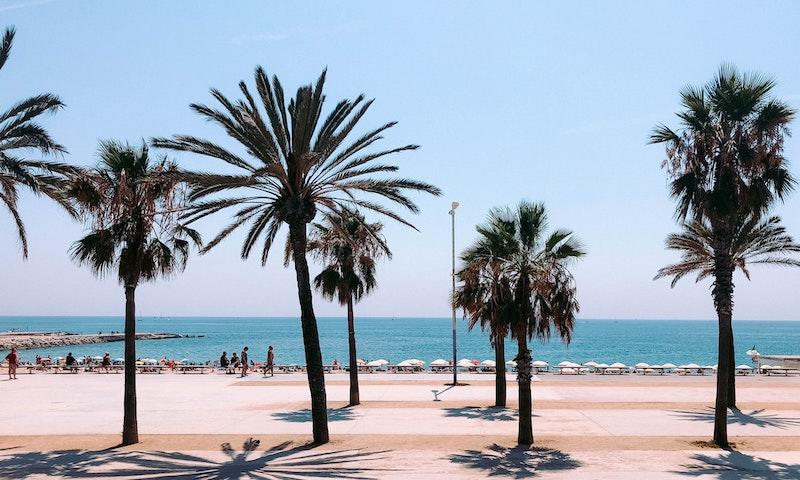 Where was The Occupant (Hogar) Filmed?

The Occupant (Hogar) was filmed in Barcelona and Spain.

It said the location in barcelona but why the cityview is a hongkong cityview? While javier open the window of their small apartement in the corner of the barcelona city? The skyscraper of hongkong bank by IM Pei is definitely in hongkong....