Candyman is an American horror thriller slasher film written and directed by Bernard Rose, based on the short story "The Forbidden" by Clive Barker. Starring Virginia Madsen, Tony Todd, Xander Berkeley, Kasi Lemmons, Marianna Elliott, Ted Raimi, and Vanessa Williams. B, the film was released on October 16, 1992 (United States). It follows a skeptic graduate student researching the legend of "Candyman" who is a murderous soul with a hook for a hand. Candyman was mainly shot in Chicago, Illinois, USA. Filming also took place at Occidental Studios in Los Angeles, California. 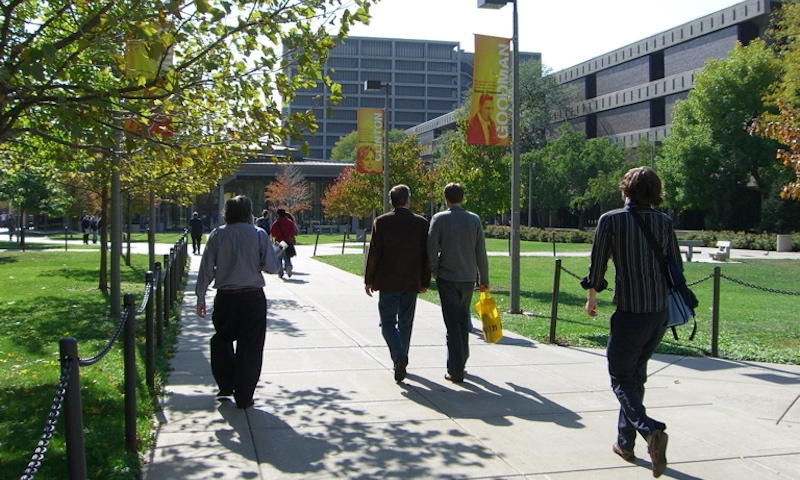 The University of illinois. Photo by Onar Vikingstad at Wikipedia.

Candyman (1992) was filmed in 1360 N Sandburg Terrace (Helen's Apartment), 4222 Agnes Ave (Clara's House), Chicago, Near North Side, Near West Side, Occidental Studios and University of Illinois at Chicago.