Band of Brothers is an American war drama miniseries aired on HBO. It was based on historian Stephen E. Ambrose's best-seller non-fiction book "Band of Brothers". This drama series is produced by Tom Hanks and Steven Spielberg, and it ran for 10 episodes. Band of Brothers won Emmy and Golden Globe awards for best miniseries in 2001. Scott Grimes, Damian Lewis, Ron Livingston, Shane Taylor, Michael Fassbender, Donnie Wahlberg, David Schwimmer, and Peter Youngblood Hills are starred in the show. It is regarded as one of the best war drama TV series ever. Band of Brothers was shot at Hatfield Aerodrome in Hertfordshire, England and North Weald Airfield in Essex. Filming also took place in Hambleden, Buckinghamshire and Giessbach Hotel, Switzerland. 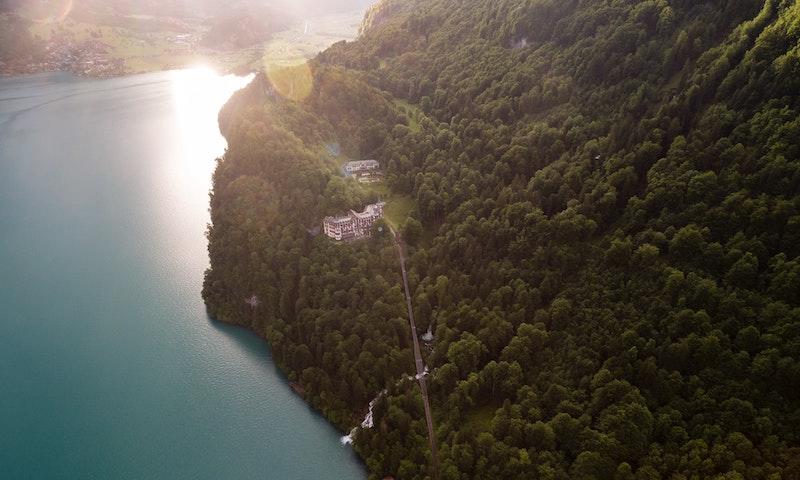 Where was Band of Brothers Filmed?

You've missed a big location!
The main bulk of the filming was completed at the old Hatfield aerodrome where De Havilands used to be.
Hertfordshire County Council gave permission to do literally what they wanted one the site was close and rior to redevelopment for housing and education.
I was an uncredied extra in the program

Thats credited as Hatfield Aerodrome. The woods in the grounds of Hatfield House were used as well.

Where were the Berchtesgaden, Obersalzburg and eagles nest shots taken?