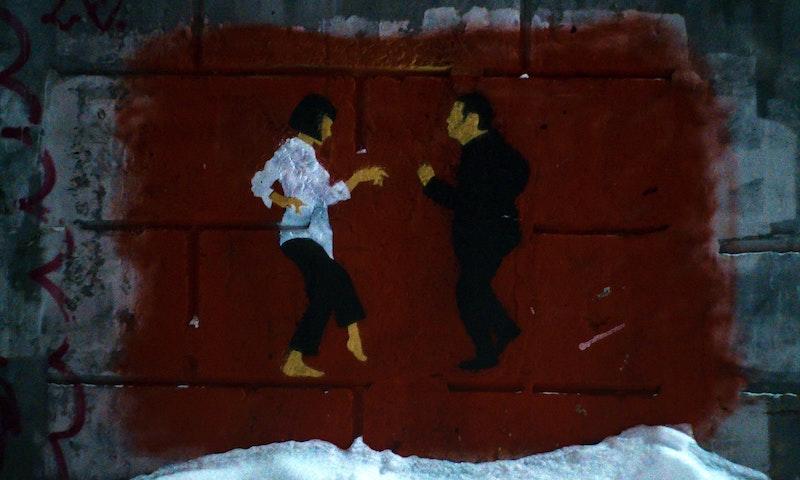 Pulp Fiction is an American crime film written and directed by Quentin Tarantino. It was released on October 14, 1994 (United States). John Travolta, Uma Thurman, Samuel L. Jackson, Amanda Plummer, Laura Lovelace, Bruce Willis, and Eric Stoltz starred in the film. The title refers to the pulp magazines (or the pulps) that were published from 1896 to the late 1950s. The film won an Oscar for "Best Writing, Screenplay Written Directly for the Screen", a Golden Globe for Best Screenplay - Motion Picture in 1995, and the Palme d'Or at the 1994 Cannes Film Festival. Pulp Fiction was filmed in Glendale, Los Angeles, North Hollywood, Beverly Hills, and Hawthorne, California, USA. Jack Rabbit Slims was located at 1435 Flower Street, Glendale, California. And Butch's apartment was located at 11813 Runnymede Street, North Hollywood.