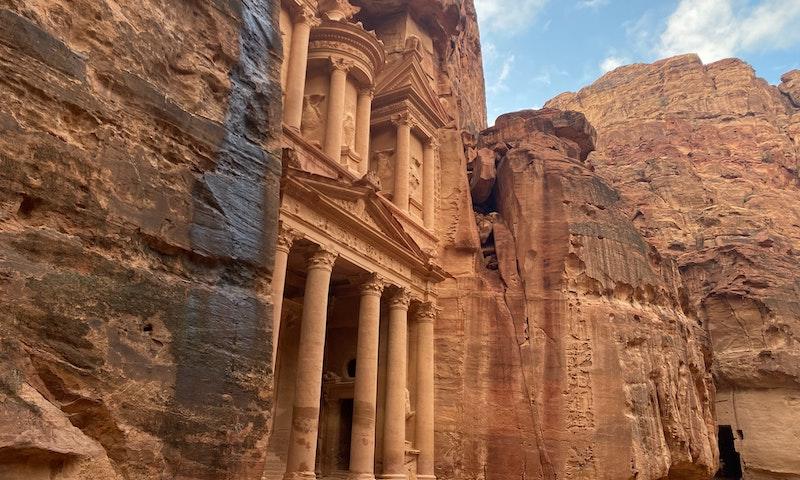 Aladdin (2019) was filmed in Longcross Studios, Petra and Wadi Rum.