I Know This Much Is True Locations

I Know This Much Is True is a 2020 drama TV miniseries based on the novel of the same title by Wally Lamb. Starring Mark Ruffalo, Philip Ettinger, Kathryn Hahn, Melissa Leo, Juliette Lewis, Rosie O'Donnell, Archie Panjabi, Imogen Poots, John Procaccino, the first episode of the series was written and directed by Derek Cianfrance. In the series, Ruffalo plays a double role of identical middle-aged twin brothers Dominick and Thomas Birdsey. Ruffalo won an award for his performance at the 2021 Golden Globes. I Know This Much Is True was shot on location in Poughkeepsie, Wappingers Falls, and Kingston, New York, USA. Filming also took place at Umbra of Newburgh in New York. 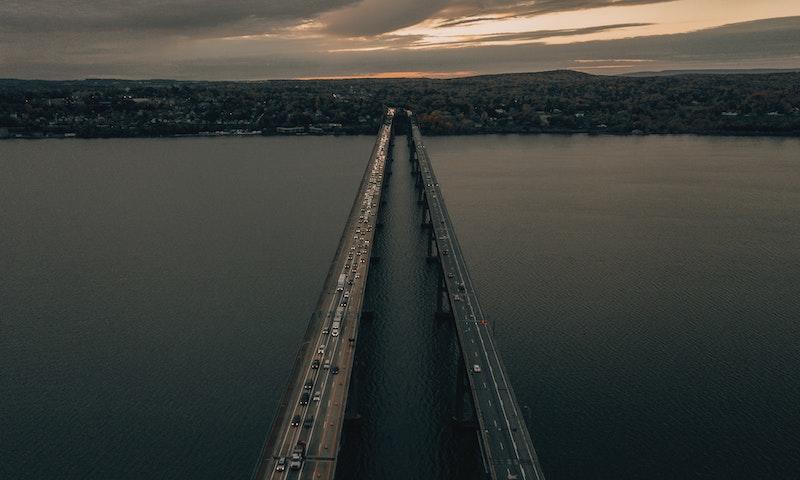 Where was I Know This Much Is True Filmed?

I Know This Much Is True Locations Map

I Know This Much Is True Locations Table

My DCC film class made a short based on this Wally Lamb novel. I started watching the series and the first scene in the library mirrors our short shot by shot. Crazy.

They filmed in Hyde Park at Hyde bar or perhaps the Amber Lantern Tavern across the street.

There was an exterior shot of a red brick school that looked very much like the school in Hastings-on-Hudson ?

Does anyone know where the factory is that the grandfather worked in? American Wool and Textile Company?

The Bleachery in Wappingers Falls, just below the falls. Now known as the Market Street Industrial Park.

I would like to know the location of the water fall scene. Mark Ruffalo was sitting on rock as water was flowing in front of him.

They shut down Rte. 209 north of Kingston for three whole days to film the three minute scene of the Birdsey brothers running through heavy highway traffic in Episode 1!

I heard they shot 600 hours of film, total, and had to edit it down to just over 6 hours for the miniseries. I was called four times, used twice in scenes as a background actress, yet never appeared. Had a ball, though! Met Crystal the monkey and the author, Mr. Lamb.

Is Jolly Cow still open (I think it was on 9W). Loved that place as a kid!