Thelma & Louise is an American adventure, crime, drama movie written by Callie Khouri, directed by Ridley Scott, and produced by Ridley Scott and Mimi Polk Gitlin. Starring Susan Sarandon, Geena Davis, Harvey Keitel, Michael Madsen, Christopher McDonald, and Brad Pitt, the film premiered at Cannes on May 20, 1991, was released on May 24, 1991 (United States). The film was selected for preservation in the National Film Registry by the United States Library of Congress, and won the 1991 Academy Awards for "Best Writing, Screenplay Written Directly for the Screen". Thelma & Louise was mostly shot around Bakersfield, California and Moab, Utah. 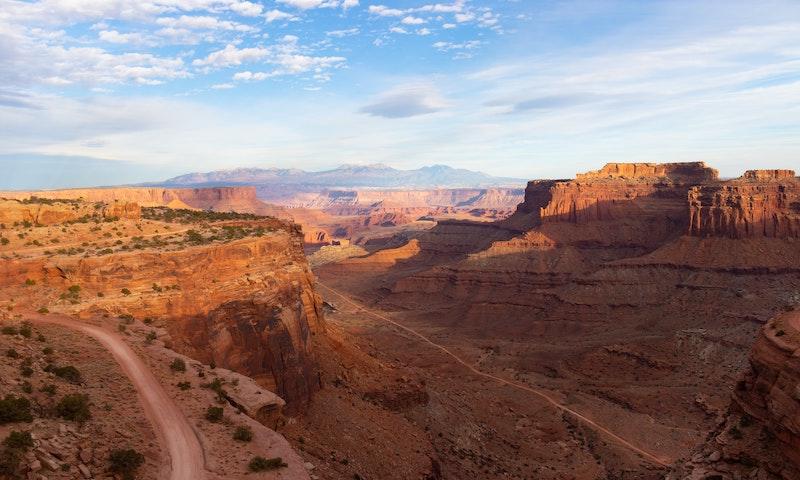 Where was Thelma & Louise Filmed?